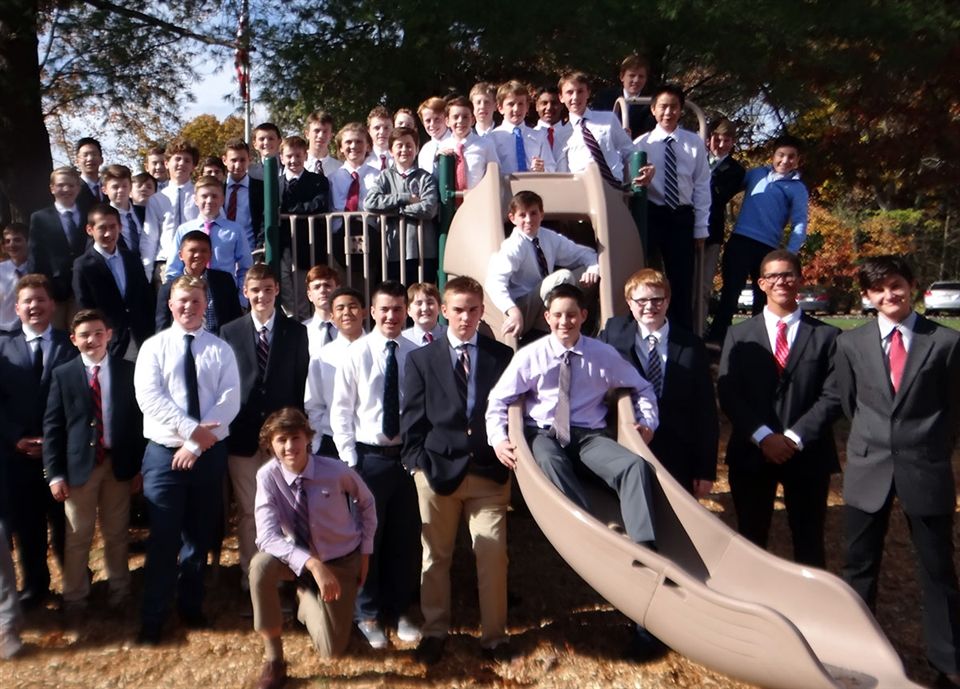 The high school team finished in first place at the Revere Speech Tournament at Revere High School while 11 members of the middle school team earned certificates at the Pike School Fall Speech Fest in Andover.
Five high school students won their individual competitions in Revere. Ten others placed in their respective categories. Seniors Marcus and Darius Gadsden won the Duo Interpretation category, junior Kevin Boyle won Play Reading, sophomore Charlie Kettlewell won Radio, and junior Ryan Horrigan won Informative Speaking.
Darius also won first-place in the Prose category.
The win marks the high school team’s first local competition of the school year. The team competed in the national Yale Invitational in early September.
“I was very impressed with the entire team especially our newest freshman members who worked tirelessly in preparation for the competition, many of them placing in final rounds,” said senior Rory Redmond, a high school team co-captain.
“Not only did we win as a team but we also got to spend some time building camaraderie with the team’s newest members. Overall I was pleased with how the day went and the start of a strong brotherhood that will hopefully lead us to another state victory in May.”
In Andover, Ms. Ellen Eberly, a member of the English Department, led a group of 47 middle school students to the Pike Fall Speech Fest. According to her, 11 different middle schoolers won certificates after at least one judge awarded them a first place vote across the four categories of Children’s Literature, Free Verse or Poetry, Declamation, and Prose.
“I’d like to congratulate all those students who helped make the day such a success,” Ellen later wrote.
“At an event like this, all these middle schoolers acquire courage and confidence. The experience improves their public speaking skills which will serve them well later in life."
Ms. Eberly applauded 8th graders Alexander Kryukov and Michael Clinton for serving as judges during the event along with the 18 CM parents who volunteered.