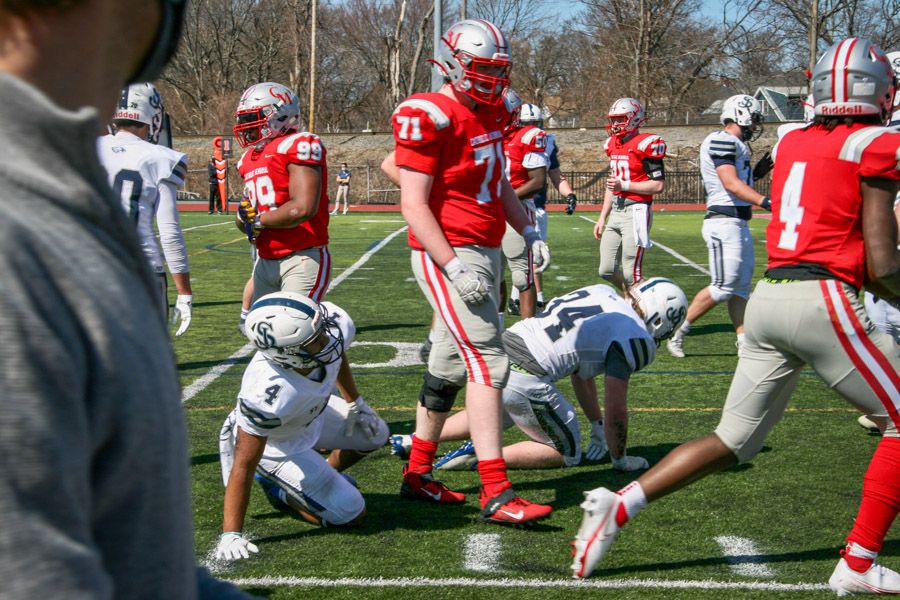 The team was led by the sophomore tandem of Datrell Jones (13 rushes, 230 yards) and Carson Harwood (16 rushes, 103 yards). After a St. John’s Prep field goal in the second quarter, Jones broke loose for an 88-yard kick return touchdown to extend CM’s lead to 14-3.
As their passing game struggled, the Knights’ run game was the deciding factor. It was Jones’ second touchdown of the game, a 5-yard rush that gave CM a 35-16 lead at the end of the third quarter, that seemed to deliver the final blow to St. John’s Prep. Junior Devon Marshall and senior Owen McGowan both punched it into the endzone as well, with 51- and 3-yard touchdown rushes, respectively.

While struggling with their own turnover problems throughout the game, the Knights took advantage of a St. John’s Prep fumble early in the 4th quarter, as senior Zach Mitchell scooped up the loose ball and took it 66 yards for the touchdown to give CM a commanding 42-16 lead. Junior Kyle King put the exclamation mark on the game with a 7-yard rush TD to complete the Knights’ attack through the ground game.
The team will look to remain undefeated this Saturday in their game against Xaverian.