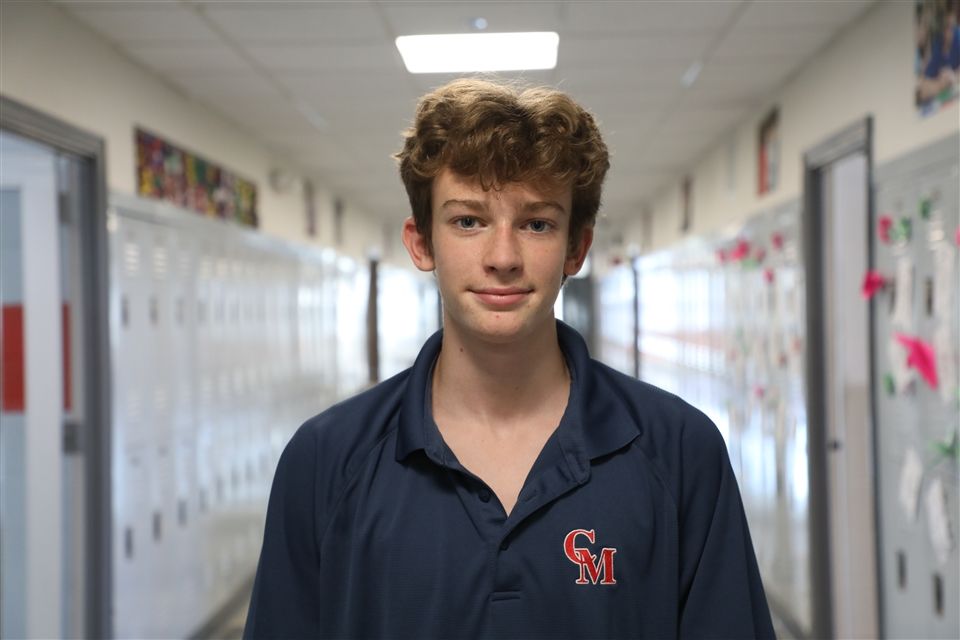 With a time of 16:31 seconds, C.J. not only won his event but was named a Catholic Conference All-Star, finishing 17 seconds ahead of the next runner at the conference championship meet.

Athletic Director Craig Najarian shared his pride in C.J.’s accomplishment, taking into account the extraordinary nature of the fall season due to COVID restrictions.

“To do what he did was very impressive and speaks to his drive, work ethic, and motivation,” he said.

“A major focus of our philosophy at CM is overcoming adversity and being a leader even when circumstances are not ideal— C.J. personified that. It’s a major statement about him as an athlete, but more importantly, it speaks to his character and leadership.”

Only an underclassman, C.J. has a very bright future on the cross-country trail. More important to him, however, is the brotherhood he shares with his fellow Knights, even if they aren't running side-by-side due to health and safety protocols.

“It was hard since I knew I was going to be running on my own and not with the other teams,” C.J. said.

“The whole season was a little crazy because of [the pandemic] but it was still nice to train and compete with a team again.”